How can you possibly manage to build a home when you have never had one?

30 young adults succeeded, thanks to the programme House of Opportunity and text messages from thousands of people.

Close your eyes. Now imagine that you are very young again and you are at home. Can you smell the aroma at home- the combination between your mum’s pancakes, your dad’s aftershave, the flowers in the garden?

Well, this is the life for hundreds of young adults who leave institutions for children, deprived of parental care.

Abandoned by their own parents, the only aroma they could smell throughout all their childhood was the one of the social institution – a place that never felt like real home for them.

However, when they turn 18 they are expected to leave and suddenly become independent and able to create their own home.

How do you create a home when you have never had one before?

The people from the FSCI team are looking to answer this question. It gives young adults who are leaving social institutionsa chance to live in one of the family-style homes all around the country until they get more independent, finish their education and find a job.

The people from FSCI insist that this is the only way to stop the vicious circle of abandoned children who grow up and in turn abandon their own children. 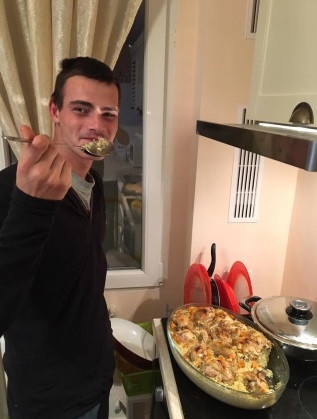 In the House of Opportunitythe young adults learn how to cope with life after the social institution. They stay in the flats for two years while receivingtraining and support in finding and keeping a job, developing work habits, personal finance and household management, adequate care for personal health, developing social skills and skills to create long-term positive relationships.

The aim of all of this is that the young people can start an independent and fulfilling life with the help of the FSCI team which fully supports the young adults until they leave the flats.

That’s why it is not surprising that DMS DOM is one of the most popular text messages received by the number 17777 and the House of Opportunity Programme is also one of the campaigns with the highest number of regular donors for 2016. This is thanks to the support of VIVACOM and their campaign Operation “Yellow Coins”, which has supported the House of Opportunity Programme for the last three years.

Within the framework of the campaign, FSCI and VIVACOM managed to raiseover BGN 170 000 in the form of financial resources, products and volunteers to support the programme.

With the financial support two new Houses were opened – in Sofia and Varna, which provide five places for young adults who have left social institutions.

Thanks to the generosity of the thousands of people who supported the campaign, these young adults along with the other 25 young people across the country are supported by the Foundation and will get a chance for a fresh start in life.

‹ Training in financial literacy › Football at the youth prison