Football at the youth prison

For the fifth consecutive year, the passion for football gathered the young people from the Houses of Opportunity, the team of FSCI, young inmates from the youth prison in Boychinovtsi as well as volunteers. 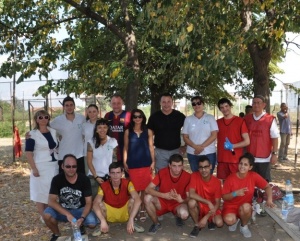 Due to the extremely high temperatures, the match took place under the shade of the tress, very near to the building where the young inmates live and study. The audience consisted of the youth from the youth prison, the staff of the institution, members of FSCI and volunteers. 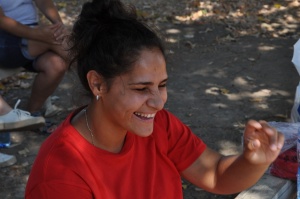 The match lasted an hour and a half, and the three teams needed to play against each other in order to see which one is the best. Even though the young guys from the youth prison were very talented, the winner of this year’s football match was the FSCI team. 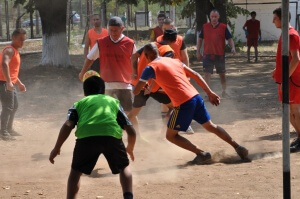 In order for this event to take place, FSCI relied entirely on the donations from Bulgarian citizens. The amount which was collected was 1,177 lv. was used to cover the expenses for food for the young people from the Houses of Opportunity as well as for some presents for the inmates: school material, packaged food and cosmetics. 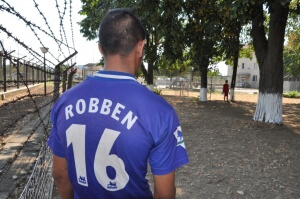 One goal of the “Football Summer in Boychinovtsi” initiative is to show young people deprived of their freedom that there are other alternatives to the criminal life, that they are not alone and forgotten, despite the wrong choices they made in the past, that there are people who are willing to help and support them once they leave the institution if they wish to change their lives. The other goal of the initiative is to provide opportunity for young people from the House of Opportunity Programme, managed by FSCI, to see the youth prison from the inside, to have a feel for it and hopefully to prevent them of ending up in one of those places in future.

‹ Home, built by text messaging › About weddings and People