The fairy tale of Ganush from “House of Opportunity” Sofia 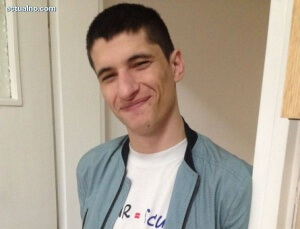 The „House of Opportunity” Programme is designed for the social development and integration of young people, who have grown up without parental care and are forced to leave state care institutions when they turn 18. These young people often have no choice but to start living on the street. The programme is being implemented by the ‘Foundation for Social Change and Inclusion’. At the moment there are 5 observed homes all over the country – Sofia, Gabrovo, Ruse, Burgas and Skravena. Young people can spend up to 2 years there, during which social workers and psychologists help them develop social skills in order to be independent and, most importantly, to find a job.

Life stories inspire us, teach us, and sometimes make us sad. Each one of them is unique and deserves attention. Such is the fairy tale about Ganush. At the early age of 10, Ganush found himself in a state care institution due to a lack of parental support. He soon became completely homeless. For years he was forced to survive on the street, struggling every day with his seemingly hopeless situation. Ganush had almost lost all faith when he came across the „House of Opportunity” Programme. Now, aged 26, Ganush is receiving real support for the first time and has hope that he can start living normally. Amazingly, in the „House of Opportunity” Ganush has found his sister Nadya, who he previously didn’t even know existed!

Ganush, tell us about your childhood? What are your first memories?

G.: My childhood wasn’t easy at all. My first memories are from when I was 3 years old. I was born in Turgovishte. I remember that up to age 6 we lived in the village where my mother was born, and after that we moved to another village near it, where my parents, sisters and I lived for another 4 years. My mother was unemployed and my father was a shepherd. I remember that he drank a lot. I even thought that this was his main occupation every day. There were 4 children living in the house – me and my three older sisters. My other brothers and sisters were sent to different institutions because my parents couldn’t take care of them. I am the first boy after 3 girls. They just kept us whereas they sent the little ones to institutions. I know that there are 13 of us in total.

At the age of 10 you found yourself without parents. What feelings do you have towards them?

G.: I have very good memories of my mother. She was a good person. She always helped everybody, hid money from my father and gave it to us to buy some bread and something sweet. As for my father, I don’t want to see him because I might do something bad. I still can’t forgive him. When he got drunk he physically and psychologically harassed everybody – my mother and the other children. I was 10 years old when my mother passed away. Our father didn’t take care of us. We found the state care institutions for children deprived from parental care on our own. I was accommodated in the same institution with my older sisters. At the moment I don’t keep in touch with them, although I know they are also in Sofia.

You have gone through quite big obstacles before taking advantage of the „House of Opportunity” Programme. How did you come into the Programme? You met your sister Nadya here, didn’t you?

G.: I went through an interview to become part of the „House of Opportunity” Programme. This was my last chance for a better life. I was accommodated in the observed home in Sofia. The manager Stoyan Stoyanov accepted me very warmly. He introduced me to the other young people. He already suspected that Nadya and I were brother and sister because he had heard our personal stories – where we are from, the names of our brothers, sisters and parents. Although Nadya didn’t live with us, she knew quite a few things about our real family. So, Stoyan suggested it to us and made us think over those same events and names in our stories.

Were you moved, when you found out you had accidentally met a blood-relation? To have somebody so close to you is very valuable, right?

G.: Doubtlessly. I believe that fate had a hand in our meeting. I didn’t even know that Nadya existed but she had heard about me. It was a big surprise for me, even a shock, but a good one! I am very happy that we met each other. We are alike in character in both good and bad traits. We often argue, about stupid things of course – what to buy from the shop and what to cook.  We live well together in the „House of Opportunity” like normal people. Now we are getting to know each other – she is not very talkative so it will be a slow process but I can wait.

What do you expect to happen from now on Ganush?

G.: Firstly, with the assistance of the „House of Opportunity” team I will arrange my personal stuff – I have already registered with a general practitioner and I am health insured. This is important for me. Elsewhere, I still need to take my entrance exams and final exams to become a crane operator mechanic. I will start work soon, probably as a security guard – I like it and it’s a job you can have for a long time, no matter what age you are.

Since 2014 the ‘Yellow Coins’ Operation supports the „House of Opportunity” Programme. The gathered money from the campaign in 2015 is expected to be announced in February. Traditionally the campaign is part of the social platform of the VIVACOM Fund company. In 2015 Yordan Yovchev, our Olympic champion on floor exercise and rings, announced himself in support to the charity campaign, whereas the initiative was supported by 28 partners from different business sectors. The gathered means from the initiative will be donated for a second consecutive year in favour to the „House of Opportunity” Programme of the ‘Foundation for Social Change and Inclusion’ (FSCI).